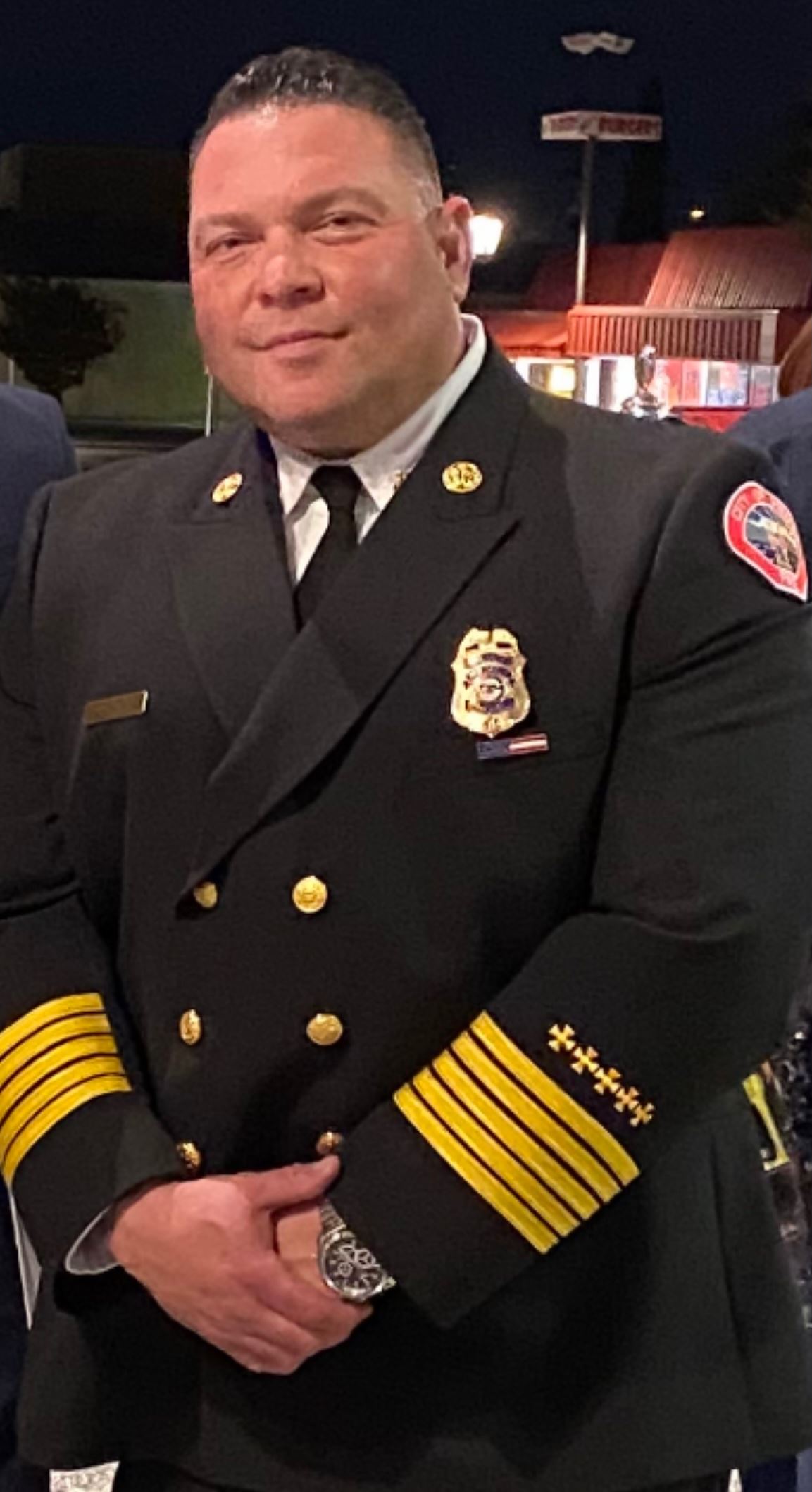 The City of Hemet is excited to announce Eddie Sell as the next Fire Chief for the Hemet Fire Department. He is a 30 year plus veteran of the Fire Service, having worked for the Bureau of Land Management, Cal Fire in several units/counties, and the Long Beach Fire Department.

He proudly started his journey as a volunteer firefighter and a fire explorer while attending high school in Riverside County. He holds a bachelor’s degree in business administration and management, California State Chief Fire Officers Series, Certified Company Officer, EMT-P, and has a culinary school certificate from the US Navy.

He has been engaged throughout his career and has led and contributed to numerous groups and committees including wildfire, CICCS, OES, mentorship, strategic planning, community outreach, and more. Throughout his career he has held the ranks of firefighter, firefighter/paramedic, engineer, captain, battalion chief and now fire chief.

Giving back to the fire service is important to Chief Sell, and as president of CSFA, he is proud to serve on the FIRESCOPE Board of Directors, the California Fire Service Leadership Council, and as a Director for the National Volunteer Fire Council.

Chief Sell is proud of giving back by making a difference and being proactive in creating and maintaining important statewide committees, such as the LEDS (Leadership, Equity, Diversity, and Service) Committee, and many more.

Chief Sell has a diverse background and speaks Spanish fluently. He continues to focus on collaborations, open communication with other leaders and believes in making the fire service better than he found it, thus ensuring our community thrives in all areas.