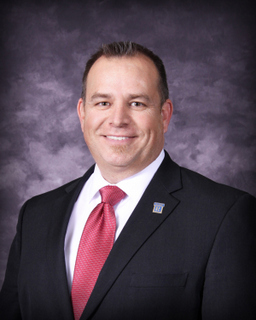 Michael Perciful was appointed to the City of Hemet Planning Commission in 2012 and re-appointed in 2014. His experience as a local business owner/real estate broker brought another dimension to the commission. His vision for the City of Hemet is to increase the quality of life for all citizens by putting Hemet first.

Michael and his family moved to Hemet in 2000, from El Cajon. He and his wife have been married for 22 years and have two grown sons. Both of their boys grew up in Hemet, attending Whittier Elementary, Diamond Valley Middle School and graduated from West Valley High School. Michael is very proud to call Hemet Home.

Michael is a U.S. Navy veteran who served after 9-11-01 and is proud to have served OUR country. He retired as a reserve police officer after 10 years at a city police department and understands the importance of the City maintaining a quality and professional level of public safety services. The safety of Hemet is his number one priority. He truly believes the men and women of the Hemet Police and Fire Departments provide top level professional service!

In November 2016, Michael was elected to represent District 3 and served his first term as Mayor Pro Tem. In December 2017, Michael was unanimously selected by the City Council to serve as Mayor in 2018.